Deep in wiring and almost coming up for air. I've been setting up a new project studio space so I can focus specifically on music I'm producing and sample sessions I'm doing for my company Sonic Reality. My former bandmate from the Kevin Gilbert "Thud" days, Nick D'Virgilio (also of Spock's Beard, Tears for Fears, Genesis CAS fame...) happens to be in town with his family since he tours with Cirque Du Soleil and they are camped here in Miami for a bit. So, we're making plans to get together. Not sure what we might work on. I know there are drum and vocal sessions for Sonic Elements (my progressive rock revolving door of musicians project doing covers and originals) but ever since we performed "The Shaming of the True" (Kevin Gilbert's rock opera) I've been thinking "this would be a really cool band to write some new original music in this style with". Those guys all seemed open to it but there's a difference between a cool concept and actually doing it... being in the same place (especially when writing and of course jamming) does make a difference so perhaps we can get something going along those lines. 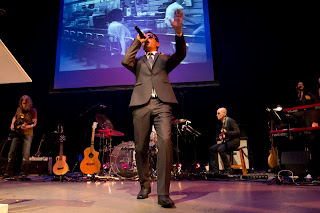 While I'm wiring I get this opportunity to put on albums of longer music just playing while I do hours of work (that I should have just hired someone to do but this time I wanted to do it myself which I slightly question now but too late!!!! At least I know where everything is). I've been listening to the Steven Wilson remixed versions of King Crimson albums such as Red, Starless & Bible Black, In The Court of the Crimson King... in fact while I was doing that I was enjoying it so much I went to go order the rest of the catalog from their site. I was having some technical difficulty with my browser and when I got to talking to the support people there I was saying that I couldn't check out... then I said "you can check out anytime you like but you can never leave" and then I said "Wow I just quoted Eagles to the Crimsons" and then I said "The Crimsons would be a good name for an animated series" and then I said "I'm a weird customer aren't I?" and they said "Not even close". Thought I'd share that exchange with you. Kind of funny. I still haven't ordered them but I will. Lark's Tongues will soon be in Aspic! 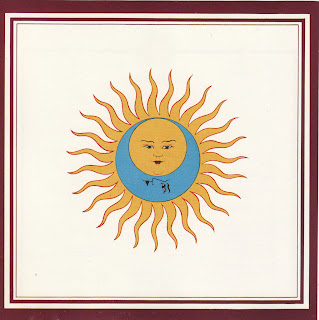 I'll tell you what else I've been listening to. Some Jason Falkner (ex-Jellyfish & Grays) who I think is grossly under-known and under-appreciated considering how good he is. I've been listening to a bunch of classic Rush. I'm actually friends with the people at Rush's label (the band and various staff use our products plus we have a product with Neil) so they sent me the entire "Sectors" box sets which was very nice. I'm listening to "A Farewell to Kings" right now actually. I'll be getting in a "Rush mood" because I've got an entire album of Rush music to mix this month with Sonic Elements! More about that later (I've mentioned a bit in this blog already).

Another cool thing I've been listening to is Steven Wilson's "Grace for Drowing" album, the special edition box set which I also got as a gift from Steven since I played on the album. (I don't always get albums as gifts and actually I quite enjoying buying them and supporting the artists, labels and resellers). I actually played more on the song Raider II than what ended up in the final mix. In fact I have several unreleased versions of that and other stuff I can never share with anyone publicly but fun to listen to as an alternative (I like outtakes and alternate versions of songs particularly if they have something else special about them and these definitely do). I came across my name in the creative credits (see pic below). 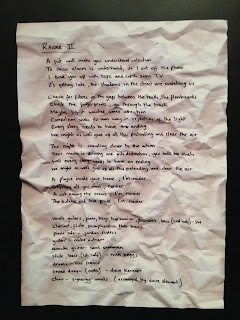 So... I'm listening to music while I work. Is this what you wanted to read about? Haha. Maybe? Other perhaps cooler ACTUAL news is that one of our sample editors at Sonic Reality, Mike, just turned in a first version of the Nick Mason, drummer of Pink Floyd, sampled drum kits! Gonna check that out tomorrow. We recorded Nick in England with Alan Parsons as our engineer and me producing the session. Alan originally recorded Dark Side of the Moon with Floyd and he and Nick haven't worked together like that since the mid-70s. So everyone was totally psyched (no one more psyched than I though). I'll be sharing a lot more about that in the coming months. It's pretty incredible and I'm so grateful to Nick, to Alan, to Guy Pratt and all the people who helped make this possible including Tony Smith, Nick's manager who also happens to manage Phil Collins and Genesis! In fact that was a very funny conversation we first had when discussing the project. I wonder if I mentioned it earlier in the blog... I don't want to repeat myself. Anyway, once we knew who each other were things warmed up... because otherwise he can be pretty tough (as most managers of big name artists probably would be). 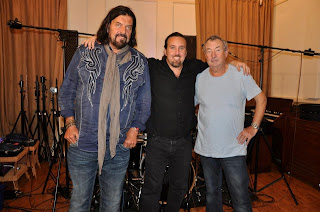 Alan Parsons and Nick Mason on Squids Side of the Moon

That's what I have to report so far. No traveling at the moment but I'm always on some sort of adventure. Even wiring has a story to it (as you can see). "Yep, we all have stories" - Swingers (I like to quote movies).

Squids
Welcome to my blog! My name is Dave Kerzner and my nickname is "Squids" which I will probably explain at some point in one of the blog articles. I'm a musician, writer and producer of many different types of media products from music albums to music software products used all over the world by many artists in a wide variety of styles. In my travels I've come across many interesting people and situations. They make for great stories, especially if you're into classic rock music, philosophy, obscure tips in the kitchen or just straight up comedy.